Request A Call Back

Enter Your Number, Our Representative Will Call You Within Few Hours

Centurion Defence Academy is known as best SSB Interviews and Written Exam Coaching. The Centurion Academy is the Premier, the Finest and the Best Academy for Services Selection Board (SSB) Interviews for officer level entry into the Armed Forces of India (Army, Navy, and Air Force). Centurion Academy is one of the best Defence coaching institutes available with superior infrastructure campus for the preparation of SSB, NDA, CDS, AFCAT, Airforce, MNS, INET and other Examinations in Lucknow, India. Centurion Academy is the leading brand of the best Defence coaching institutes in online medium with high-tech quality technical features for the preparation of SSB, NDA, CDS, AFCAT and other Examinations across India. We impart training for the complete tests conducted in the 5 days Services Selection Board Test including Interview, all Outdoor and Psychological tests, Group Discussions, etc including screening tests. The Academy has experience of creating 5000+ officers in this field and has best selection rate in past few years.

To ensure your success in Defence examinations, we have designed our coaching program in a digitally & technically adhered and scientific manner that develops both your knowledge and your problem solving abilities. We have a team centurion of experienced and most renowned faculty members and Ex. Officers to help you in becoming offficer. Our faculty members are dedicated and devoted individuals of highest caliber with a genuine concern for building your future in the Armed forces. The academic environment at Centurion Academy is highly encouraging which will help you to get succeed in your efforts.

Founder Director CEPL, Air Veteran, Litterateur, SSB Expert (Clinical Psychologist) working for the enhancement of Indian Defence in my own possible way.Philanthropy is something which I endeavor to implement more and more and it has turned out to be the leading principle of my life. Co- joining this ideology with Indian Defence system I have successfully run Centurion Defence Academy, the leading Defence institute for preparation of entrance exam of various courses in Indian Armed Forces. It has come up to be the foremost choice of Defence aspirants and has a high rate of selection mounting to 5000 trained candidates.
Be it AFCAT, MNS, NDA, CDS, Indian Navy or Indian Air Force (X and Y) Centurion Defence Academy has provision for all courses.

Maj. Gen. AK Chaturvedi, AVSM, VSM is very known Army Personality ,Writer, Scholar, lecturer. He is a trained Interviewing Officer having done his course from Defence Institute of Psychological Research Delhi. During his service he was decorated twice by the President of India, once by the Chief of Army Staff and once by the Central Army Commander. 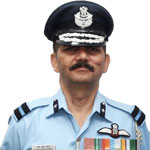 Air Commodore Shashikant Mishra, VSM, is the Senior Interviewing Officer, SSB Mentor at Centurion’s Services Selection Board. During his defence career of more than 30 years, he administered various Commands and Selection Centers. While serving in the Indian Air Force, he acted as the President at 1 AFSB Dehradun. For his exceptional courage during the Bhutan Operation in December 2003 to evacuate critically injured Royal Bhutanese Army jawans, the Hon`ble President of India awarded him the prestigious Vayu Sena Medal on 26th January 2005. 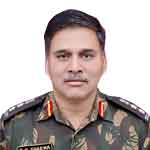 Col Rajesh Kumar Sharma is a seasoned defence professional with over three decades of experience across various defence establishments. An alumnus of the prestigious Indian Military Academy, he was commissioned in the Indian Army in June, 1986. As a member of the SSB, he has a unique experience of being Ground Testing Officer for six years. 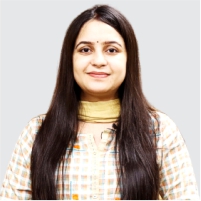 Mrs. Gurkirat Kaur is the Center-Head at Centurion Defence Academy. She holds expertise in communication skills and personality development training. She is assisting several defence aspirants in realizing their dream of joining the Indian Armed Forces through her guidance and mentorship in fostering officer-like qualities. Mrs. Kaur also represented India in the Youth Exchange Program (YEP) in Nepal. 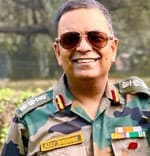 He has been Nurturing careers for last 18 years. and Specializes in Competitive English, Communication Skills and Soft Skills.With his innovative,productive learning approaches he has been guiding young minds for career pursuation in defence since the inception of CEPL.